“It was during this time that Master Liu Jishun became one of Hao Shaoru’s first two students.  In the 60+ years since Master Liu Jishun has never stopped practicing this style.”  Article ongoing, please check back.

Master Liu Jishun is one of the world’s leading experts on Hao style taiji and has more than 60 years of experience in the practicing and teaching of the style. Master Liu started learning Hao tai chi from Grand Master Hao Shaoru in 1960 for a duration of 23 years. He became Hao’s teaching assistant in 1963, he also demonstrated the style alongside Grand Master Hao in public. In 1981, Grand Master Hao formally recognised Liu as his most advanced student, he was also asked to represent the Hao style in the First National Taiji Invitational Competition (held in Zhejiang Province by the Chinese National Sports Committee) as a judge. Since then Master Liu is recognised in the tai chi community in China as the leading Wu Hao style expert. He has been invited to teach the Hao system all over China. He was invited by the Chin Woo [Chinese Martial Arts Association] in Singapore to teach the Wu (Hao) style. Master Liu has 18 senior (closed-door) students in China and several others throughout the world, including US and Europe.

Master Liu was born in 1930 in China, studied International Law. He is an accomplished TCM Tuina doctor and has been practicing TCM tuina professionally since 1957 throughout China, until retiring as a senior TCM specialist in a Shanghai hospital. He also coached on western boxing, free style fighting and swimming throughout his adult life. 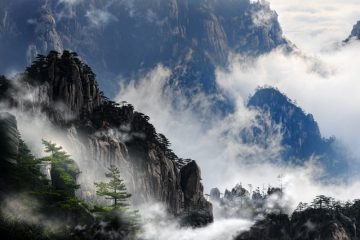 Our traceable lineage begins with.. Wu Yuxiang or Wu Yu-hsiang (1812–1880) was a t’ai chi ch’uan (taijiquan) teacher and government official active during the late Qing dynasty.[1] Wu was a scholar from a wealthy and influential family who became a senior student Read more…